Showing posts from March, 2011
Show all

Road to the Final Four...literally 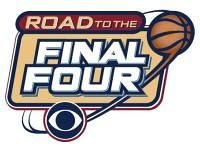 Surprising to no one who has ever met me, I am driving to Houston on Friday after work to go to the Final Four. If you are going too, let's meet up! If you can't get a hold of me, it's because I am at my boyfriend Patrick Patterson's house. If you aren't going, follow along, because Social Media is meeting the Big Dance, right here at A Little Bit of Everything. I will be posting pictures, video, and updates from the road, and I think I got an app that will let me do all of this at once, and then automatically link to Facebook and Twitter. So get ready. It's going to be an awesome ride!
Location:Trent Blvd,Lexington,United States
3 comments
Read more 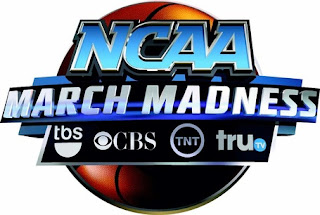 Well, I did it. 48 games in 4 days.  And while I didn't literally see every second of every game, I saw at least some of every game, thanks to the fact that every game was televised, and especially because I had this really cool thing called Voice Activated March Madness on Demand (which basically meant someone demanded that Yost change the channel because the line score of another game looked better than the one we were watching!) We had Blimpie subs, cheesy goodness, pizza, and KFC, supplemented by sweets from European Delights in Brannon Crossing and Reese eggs.  There was some great basketball, lots of "What would you do now?" discussions in the closing seconds of the close games, and just general awesome times with great friends. And while I never actually thought I'd say it, I think I'm glad there is a three day break before the next games start.  I kinda need a break.  And some sleep.

Go Cats!  And Butler. And VCU. And Charles Barkley. 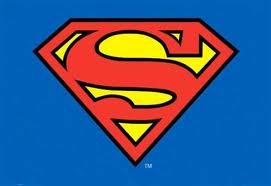 On this gloriously beautiful Sunday morning, I feel the strong urge to do a new happiness post, especially because the first thing I'll list that makes me happy is actually about six hours away.  I couldn't have planned this better if I tried!

Selection Sunday-No disrespect to Christmas, but really, *this* is the most wonderful time of the year.  And Selection Sunday starts it all off. I will have my blank bracket ready to go, and I will anxiously await not only where the Cats will fall, but where everyone will fall. I mean of course, I will be cheering for UK (DUH!) but this is about more than being a Kentucky fan, this is about being a basketball fan. I love seeing the "bubble teams" that make it celebrate, and I love seeing the teams that know they are in celebrate their placement. I love every moment from Selection Sunday to One Shining Moment.

Snow Days-I know after the 10 we had this year, some teachers are not with me on this one, but snow days make me very hap…
1 comment
Read more

I have had this piece in my head for about a week now, but I couldn't bring myself to write it out.  I don't know what it is. Maybe because I am afraid of looking weak... Maybe I am afraid of wanting something that I might not get... Maybe it's because I am just so proud of that damn list... Or maybe I am just afraid that people will harass me about the cheesiness of this post...

Last week, I was in Louisville for the KySTE Conference.  Being that it was over at 5pm on Wednesday, and I (being on the KySTE board and all) was needed to help break things down and clean up, and I had grad class at 8 (online), KySTE graciously offered to pay for another night at the Galt House. I, of course, accepted.  When I checked out at 10:59 on Thursday (Ross Gellar would be so proud), I decided to stop by the mall on my way home, because they had UK hooded sweatshirts on sale at Foot Locker for $15. (For more on my affinity for hooded sweatshirts, click here). As I was walking through Ox…
2 comments
Read more

March 02, 2011
I love conferences. Love them. I like getting away from the office for a while, I love hotel rooms, I love getting to hang out with friends, and a bonus of learning some stuff and gaining some mass swag.
I'm not however a huge fan of keynotes. I think it's because I have ADD or something. I mean, I'm blogging this from my iPhone during the speech so obviously I'm not paying attention... :)
Post a Comment
Read more
More posts