June 21, 2010
I consider myself a fairly spontaneous person. If someone calls and asks me to do something short notice, I am usually all in. A couple of summers ago, I decided I wanted to go on vacation, and just hopped in the car and left. And after I graduated from UK, I went just to look at new cars and ended up driving one off the lot.
That being said, I am a completely predictable crier. And while I did my fair share of tearing up in the principal's office my first few years at Rosey D (which I didn't realize until Paul called me in there once and before he started talking to me, he pulled out the Kleenex box and sat it on the top of his desk), and I did have a little bit of a breakdown on Autumn's couch last year, I usually save my tears for fictional characters.
And when I cry while watching TV or movies, it's always at the same point. When Rachel gets off the plane...
When January Jones sees Matthew Fox in We are Marshall after she thought he'd died in the plane crash.

When the little old man in Field of Dreams gets choked up talking about all the blue hats they found in Doc Graham's office after he died that he never got around to giving his wife. 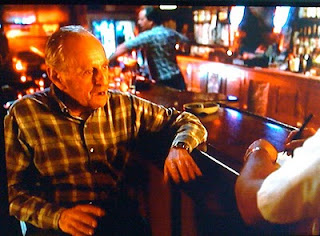 When Peter comes home at Christmas and surprises his family with a fresh pot of coffee.

And just in case you thought I was lying, I seriously just started crying watching these clips on YouTube. And if you don't, then have Dorothy use the oil can to loosen you up, because you need to see the Wizard for a heart.
confessions emotions movies TV

Trish said…
"Friends" always gets to me, too. Of course.

Then again, I also cried during Joker Phillips' press conference when he started talking about how much Rich Brooks meant to him.

And I always lose it during "Steel Magnolias" when M'Lynn is having a breakdown at the cemetery. Thank goodness for Clairee and Ouiser breaking the tension! I'm a blubbering mess by that point!

Erin Lynne said…
And when they start playing Wind Beneath my Wings in Beaches... Complete blubbering mess!

And Peter's family does need to be safer. However, when that commercial was made, it was probably okay to keep your doors unlocked! ;)
June 21, 2010 at 7:46 PM

Erin Lynne said…
Alisha I thought about you when I wrote the Friends one! I remember you watching it in your room because you knew you were gonna cry! :)
June 21, 2010 at 10:19 PM

Pocket said…
I love crying to TV! I cry for all of those clips, but the last time I really lost it on TV was the last episode of Sex in the City. We had the DVD of the series and I watched them all at once, then made my roommate watch the last one with me because I didn't want to cry all by myself. OH!! And every episode of The Wonder Years left me in tears at the end...just good writing on that one. You crack me up! You're just like me.
June 21, 2010 at 10:48 PM